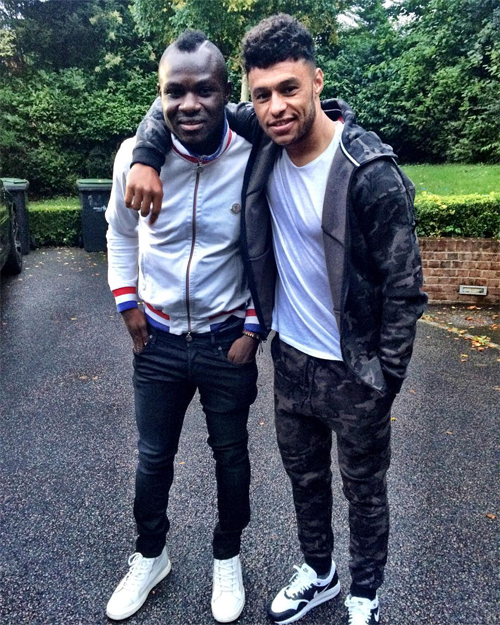 The Gunners forward has been named in Roy Hodgson’s England squad for their upcoming Euro 2016 qualifiers against Switzerland and San Marino.

Frimpong, meanwhile, is currently plying his trade in Russia with Ufa after the 23-year-old had joined Barnsley in 2013 following his Arsenal exit.

Frimpong wrote on his Instagram page: “Catch up when in London with Ox”

However, Oxlade-Chamberlain relaxed on Monday afternoon after his deflected strike sealed a 1-0 win against Newcastle United at St James’s Park on Saturday afternoon.

The 22-year-old has scored six goals in 82 Premier League appearances for Arsenal during a four-year stay in north London.

Oxlade-Chamberlain has won back-to-back FA Cup crowns since his move to Arsenal from Southampton in a £10m deal in 2011.