Photo: Alexis Sanchez enjoys dinner with his brother ahead of Arsenal return 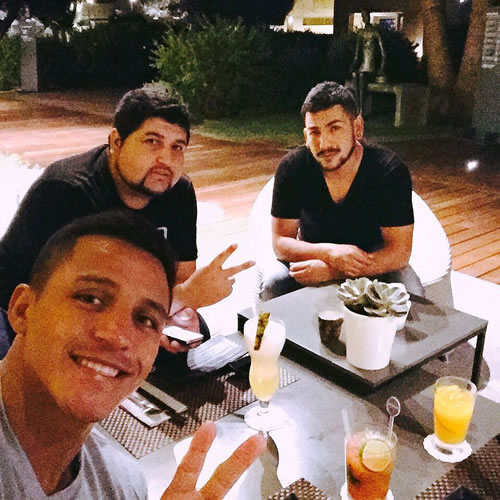 Alexis Sanchez looked in good spirits as he prepared to return to Arsenal following his extended summer holiday.

The Chile international has been given some extra time off after helping his country beat Argentina to win the Copa America last month.

And the 26-year-old enjoyed a spot of dinner with his brother and a friend as he prepares to report back to the north London club.

Sanchez shared the photo above on his Instagram account on Sunday evening and wrote: “Dinner with my brother and friend”

The Chile international, who joined Arsenal from Barcelona last summer, is set to miss the Gunners’ Premier League opener against West Ham United on 9 August his extended summer break.