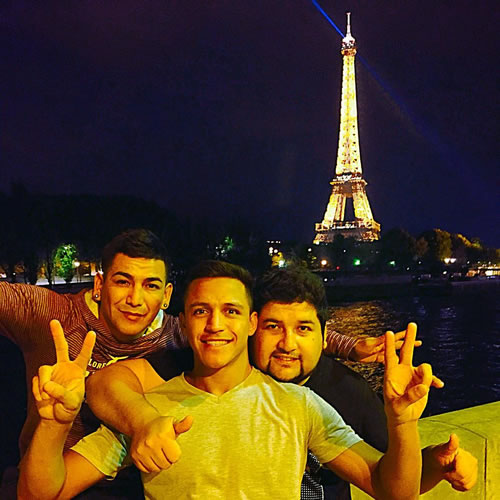 Alexis Sanchez enjoyed the end of his extended summer holiday in Paris as the Chilean prepares to report back to Arsenal for pre-season training.

The 26-year-old has been given an extended summer break after helping Chile secure Copa America glory last month.

Sanchez was due to report back to London Colney this week to begin his pre-season preparations with the Gunners.

And the forward made the most of the final part of his holiday with a trip to the French capital with his brother and friend.

Sanchez shared the picture above on his personal Instagram account on Monday night and wrote: “París … ☺️✌🏻”

The Chile international, who joined Arsenal from Barcelona last summer, is set to miss the Gunners’ Premier League opener against West Ham United on 9 August his extended summer break.