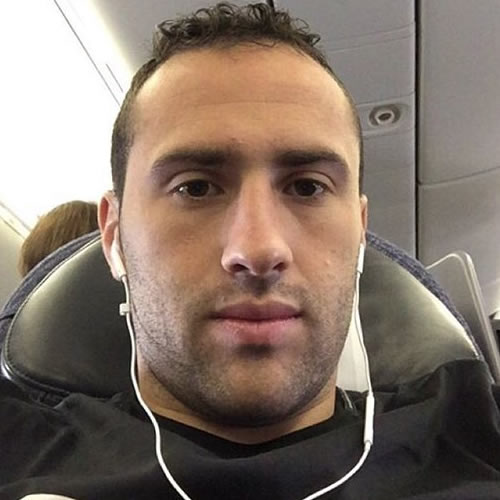 David Ospina posed for a selfie on Sunday as he prepared to jet off to New York to join up with the Colombia national team.

The Arsenal shot-stopper snapped a picture of himself ahead of his flight to The Big Apple to join his international team-mates.

Ospina has yet to make a first-team appearance for Arsenal this season after falling behind new signing Petr Cech in the pecking order in Arsene Wenger’s starting line-up.

However, the goalkeeper looked in good spirits nonetheless as he posted the picture above on his personal Instagram account on Sunday morning and wrote: “colombia mode 🇨🇴💪🏼 #newyork @fcfseleccioncol”

The Gunners’ next game is a clash with Stoke City at Emirates Stadium on Saturday 12 September after the international break.