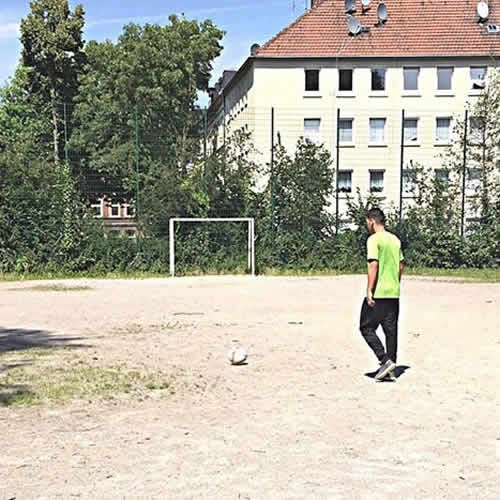 Mesut Ozil took a trip down memory lane this week as the Arsenal playmaker prepares for the Gunners’ Premier League season opener against West Ham United this weekend.

The Germany international returned to his home town of Gelsenkirchen and a football pitch where he most likely began his playing days at an early age.

Ozil posted the picture above on his personal Instagram account on Tuesday afternoon and wrote: “The magic thing about home is that it feels good to depart, and it feels even better to return! #whereitallbegan #childhood #Affenkäfig #Gelsenkirchen”

Ozil played from the start as Arsenal beat Chelsea in Sunday’s Community Shield clash at Wembley.

Alex Oxlade-Chamberlain scored the only goal of the game in the 24th-minute in north London as Arsene Wenger’s men completed their pre-season preparations with a victory.

Ozil will be expecting to feature when Arsenal kick off their Premier League campaign against the Hammers at Emirates Stadium on Sunday afternoon.