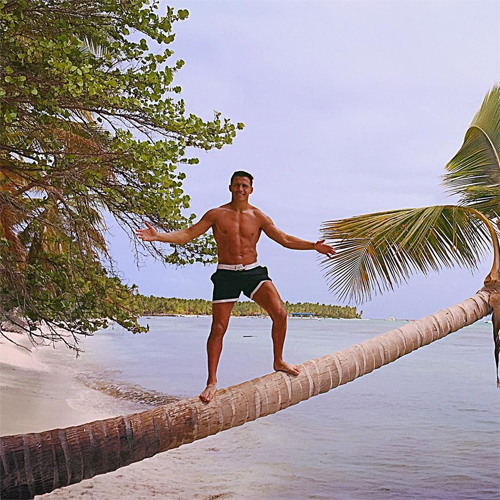 Alexis Sanchez is a man certainly confident of his talents.

The Arsenal striker made his return to Arsene Wenger’s starting line-up at Selhurst Park on Sunday and it was his deflected header which sealed three points for the Gunners in a 2-1 victory over Crystal Palace.

The 27-year-old forward has experienced a memorable summer after he won the FA Cup at Wembley thanks to a 4-0 win against Aston Villa before scoring the winning penalty to seal Chile’s first Copa America triumph.

And Sanchez uploaded a philosophical post on his Instagram account this morning, as the Gunners forward posed on a top of an exotic tree – presumably the photo was taken earlier this summer with Liverpool making the visit to Arsenal this Monday.

Sanchez wrote: “good morning ⚽️ 🐦 A bird sitting on a tree is never afraid of the branch breaking because its trust is not in the branch, but in its own wings.”

Sanchez joined Arsenal from Barcelona last summer in a £35m deal and helped the Gunners finish third and win the FA Cup.