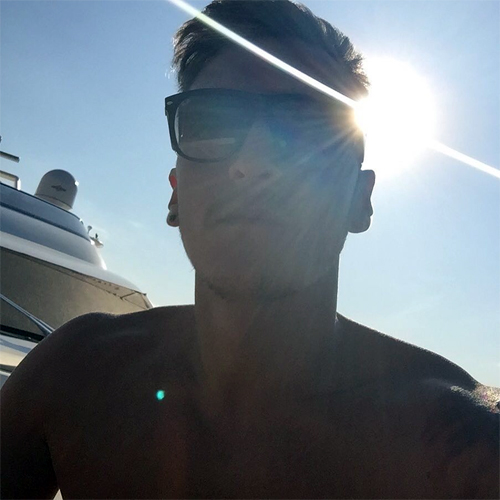 Mesut Ozil soaked up the rays on Monday afternoon after the Arsenal midfielder helped the Gunners ease to a 2-1 victory over Crystal Palace at Selhurst Park on Sunday.

The Germany international finished the 90 minutes with a staggering 98 per cent pass completion against the Eagles after one of his best performance in an Arsenal shirt.

And the World Cup winner was enjoying some down time after their vital first win of the Premier League season, posting his sunny selfie on the photo-sharing app.

Ozil wrote on his Instagram page: “Enjoying my day off under the sun. #özil #ozil #LaFamilia”

The Arsenal midfielder scored four goals in 22 Premier League games last season after missing three months of the campaign with a knee injury.