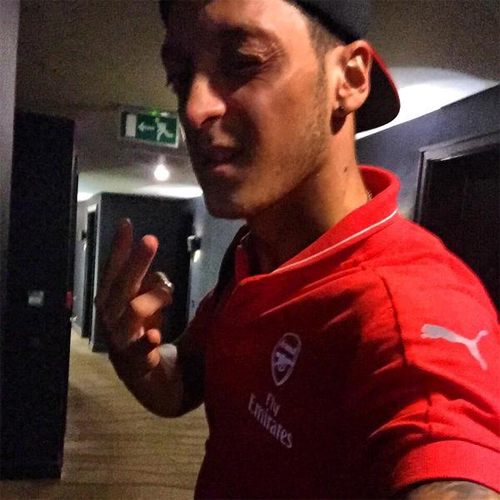 Mesut Ozil wasted no time in taking to Twitter to salute Arsenal’s first Premier League win of the new season.

The £42.5m signing teed up France international Olivier Giroud to break the deadlock against Crystal Palace in the first half at Selhurst Park.

The Eagles managed to level before half-time thanks to Joel Ward’s long-range strike which beat Arsenal goalkeeper Petr Cech.

However, the Gunners sealed their win thanks to Alexis Sanchez’s deflected header which was put past Palace goalkeeper Alex McCarthy by Damien Delaney.

And Ozil, who was one of Arsenal’s standout players at Selhurst Park, reflected on a “hard-fought” victory for the north Londoners.

The World Cup winner moved to Arsenal in a club-record £42.5m deal from La Liga giants Real Madrid in 2013.