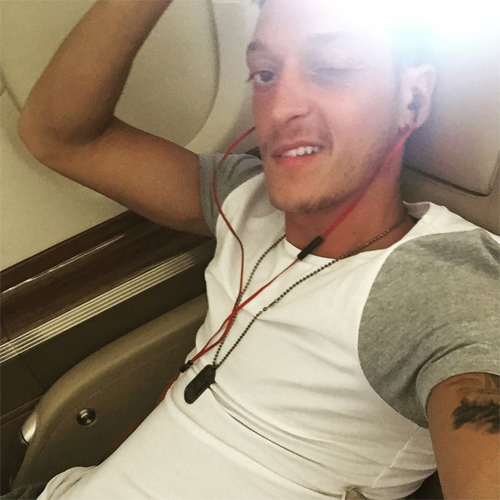 The Germany international put in one of his best performances for the north London side in a 2-1 victory over Crystal Palace at Selhurst Park last weekend.

Ozil teed up Arsenal striker Olivier Giroud to break the deadlock against the Eagles, whilst the £42.5m signing finished the game with 98 per cent pass completion.

And the Gunners star posted a cheeky selfie as he got ready for some shut eye ahead of Arsenal’s game against Liverpool at The Emirates on Monday night.

The Arsenal midfielder scored four goals in 22 Premier League games last season after missing three months of the campaign with a knee injury.