Theo Walcott is not letting Arsenal's loss to West Ham get him down... 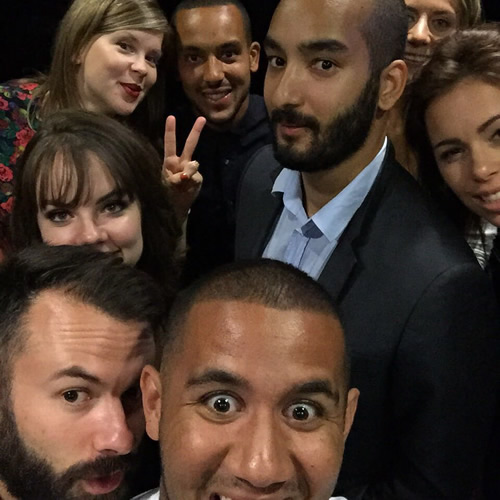 Theo Walcott looked to be keeping himself distracted after the disappointment of Arsenal’s surprise 2-0 loss to West Ham United in their Premier League opener.

The England international was a second-half substitute as Arsene Wenger’s men slumped to a shock defeat by the east London club on Sunday afternoon as they top-flight campaign got off to the worst possible start.

But the 26-year-old looked to be cheering himself up with his friends and family, as he snapped a picture of himself in a lift with his brother and his mates.

Former Southampton starlet Walcott signed a new four-year contract with the north London club last month as he committed his future to the Gunners.

Arsenal, who finished third and won the FA Cup last season, are next in action when they take on Crystal Palace in the Premier League on Sunday afternoon.