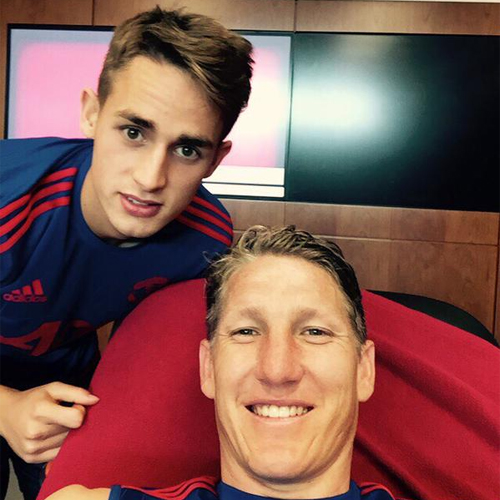 The Belgium international, who was handed a rare start against Aston Villa, scored in the 29th minute after good work from Spain international Juan Mata.

Schweinsteiger was a 60th-minute substitute for United as United manager Louis van Gaal sent the midfielder on to see out the victory for the Red Devils.

And the World Cup winner was all smiles with Januzaj as the midfielder posted a snap on his Instagram page.

Schweinsteiger has made two appearances for the 20-time English champions following his £15m move from Bayern Munich last summer.

The Germany international is still waiting to start his first United game.

Van Gaal’s side Club Brugge in the Champions League on Tuesday night before United welcome Newcastle United to Old Trafford in the Premier League.