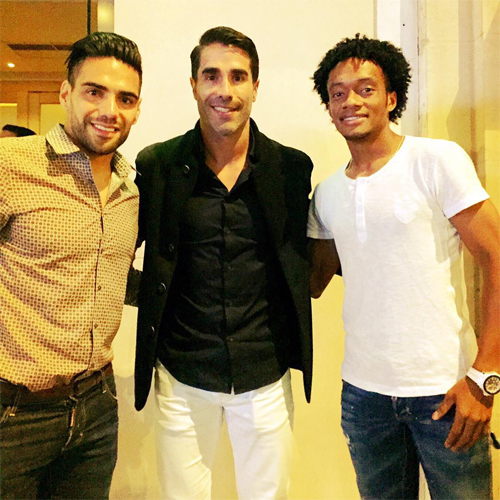 Cuadrado has struggled to secure a place in Jose Mourinho’s first-team since his £23.5m move to Stamford Bridge from Fiorentina in January.

The Aston Villa legend spent the best part of seven seasons at Villa Park, and the Chelsea duo caught up with the retired striker over dinner in London on Thursday night.

Cuadrado on his Instagram page: “Lovely dinner and good advice with @juanpabloangel9 and @falcao @fcfseleccioncol”

Chelsea have made a disappointing start to the Premier League season after a 2-2 draw with Swansea City and a 3-0 defeat by Manchester United.

The Blues make the trip to West Bromwich Albion this weekend.