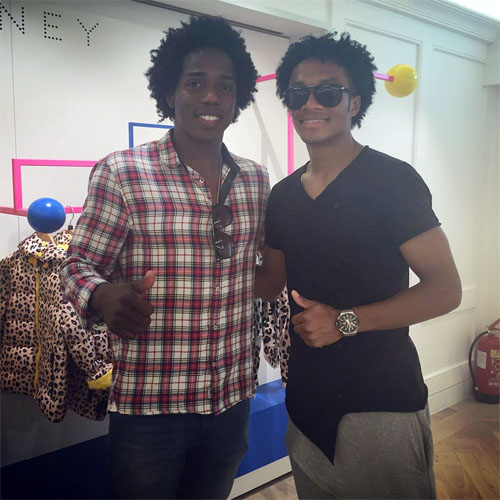 Juan Cuadrado caught up with his fellow Colombian Carlos Sanchez after a disappointing start to the Premier League for Chelsea.

The former Fiorentina midfielder didn’t feature against Swansea City in their season opener on Saturday evening as the Blues squandered a lead twice to draw 2-2 with Garry Monk’s men.

However, Aston Villa midfielder Sanchez had plenty to cheer about after Tim Sherwood’s side eased to a 1-0 victory over newly-promoted Bournemouth at Dean Court.

And Chelsea midfielder Cuadrado took to Instagram to post a photo with the Villa midfielder after a busy Premier League weekend.

Cuadrado wrote on the photo-sharing app: “A little tour with the blocker @carlossanchez6 bless”

Cuadrado has a point to prove in the English top-flight after a disappointing start to his Chelsea career following a £23.1m to west London from Florence in January.

The Colombia playmaker has failed to score in 14 appearances in all competitions following his move to the English capital.