Photo: Chelsea’s Cesar Azpilicueta all smiles on his way to France 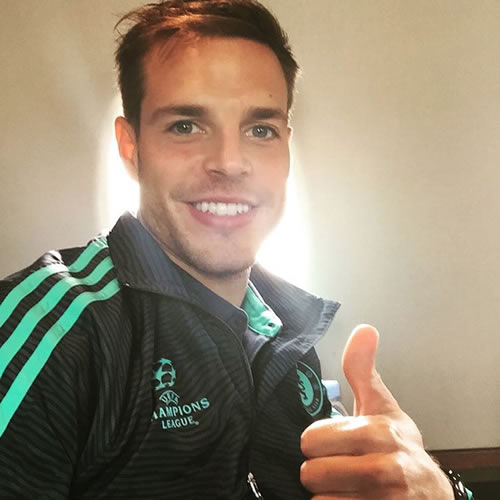 Cesar Azpilicueta was all smiles as he posed for a selfie as he prepared to jet off to France for an Adidas promotional event.

The Chelsea defender headed to Marseille on Thursday afternoon as part of his duties for the sportswear brand and looked in good spirits.

Azpilicueta played the full 90 minutes and scored for Chelsea as Jose Mourinho’s men returned to winning ways in the Premier League with a 3-2 win at West Bromwich Albion last weekend.

And the Spaniard looked relaxed as he jetted off to France. He uploaded the picture above onto his personal Instagram account and wrote:

Chelsea find themselves 10th in the Premier League table after taking four points from their opening three top-flight games.

The Blues return to Premier League action this weekend when they take on Crystal Palace at Stamford Bridge on Saturday afternoon.