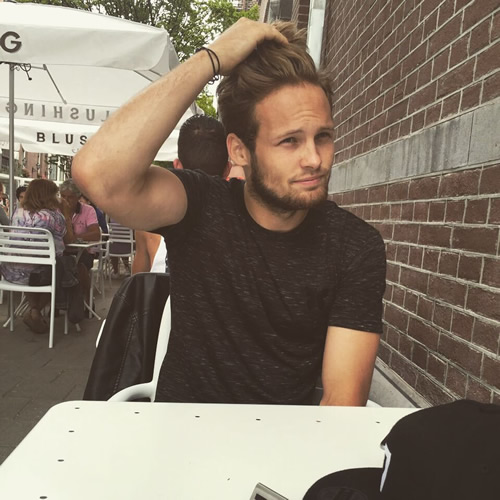 Daley Blind looked relaxed as he enjoyed some lunch in an outdoor cafe following Manchester United’s 1-0 victory over Tottenham Hotspur on Saturday.

The Netherlands international played the full 90 minutes at centre-half as Louis van Gaal’s men secured a win on the opening day of the season.

Kyle Walker’s first-half own goal was all that separated the two sides as the Red Devils got off to a winning start.

And Blind enjoyed some well-earned downtime on Monday afternoon as he posed for a picture, which he then posted on his personal Instagram account.

Blind, who joined from Ajax last summer, will be expecting to feature when United return to Premier League action against Aston Villa on Friday night.

United will take on Club Bruges later this month after they were pitted against the Belgian side in the Champions League play-off round as they look to reach the group stage of Europe’s elite club competition.