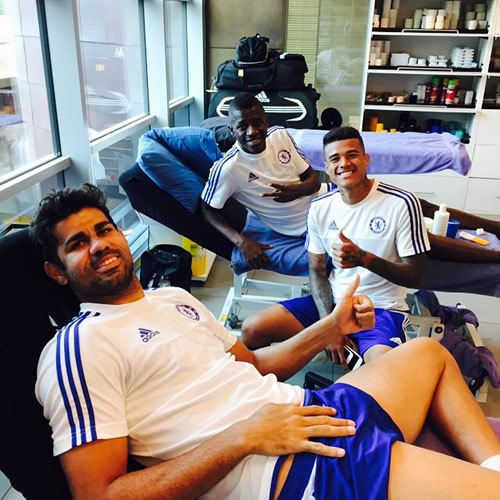 Diego Costa looked in good spirits as Chelsea continue their preparations for their Premier League trip to Manchester City on Sunday.

The defending champions are looking to notch up their first victory of the season after being held to a 2-2 draw by Swansea City in their Premier League opener at Stamford Bridge last weekend.

Costa has been struggling with a hamstring injury in recent weeks but started the draw against the Swans in west London last Saturday.

And the Brazilian-born forward looked to be enjoying himself as he snapped a picture with Ramires and Kenedy at the Blues’ Cobham training base on Friday morning.