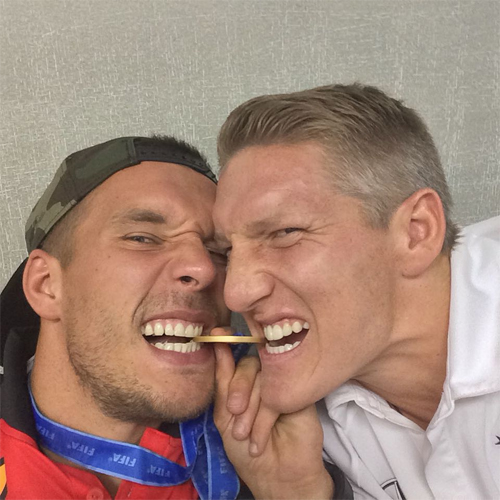 Lukas Podolski gets full marks for remembering Bastian Schweinsteiger’s birthday after the Galatasaray striker dedicated an Instagram post to the Manchester United midfielder on Sunday.

The Bayern Munich legend turned a respectable 30 this morning just weeks after the midfielder opted to start a fresh chapter in his football career and complete a £15m move to Old Trafford.

While Podolski may have spent three years at United’s bitter rivals Arsenal, the Germany international clearly hasn’t held a grudge against his fellow World Cup winner for his move to the auld enemy.

Van Gaal guided United to a fourth-place finish and a return to the Champions League in his first season in charge at Old Trafford.

Arsene Wenger: Why Mesut Ozil can be the star for Arsenal