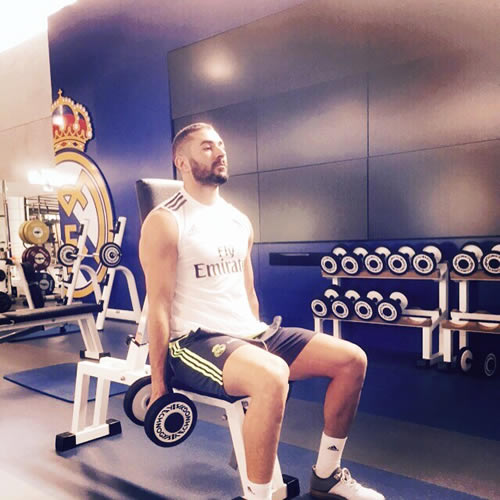 Karim Benzema appears to be ignoring the relentless speculation surrounding his future and is focusing on stepping up his pre-season preparations.

The Real Madrid forward has been consistently linked with a big-money move to Arsenal in recent weeks as Arsene Wenger considers bolstering his attacking options at Emirates Stadium ahead of the close of the summer transfer window.

The latest reports from Spain claim that Benzema has an official offer on the table to join Arsenal from the La Liga side, despite Wenger’s insistence that the Gunners’ interest in Benzema is purely media talk.

However, the player himself looks to be focused on stepping up his preparations for the new season.

Benzema shared the picture above of himself in the gym in Real Madrid training gear on his personal Instagram account and wrote: “Benz/⚽️💪”

Arsenal return to Premier League action when they head to Crystal Palace on Sunday afternoon looking to bounce back from their shock defeat by West Ham United.