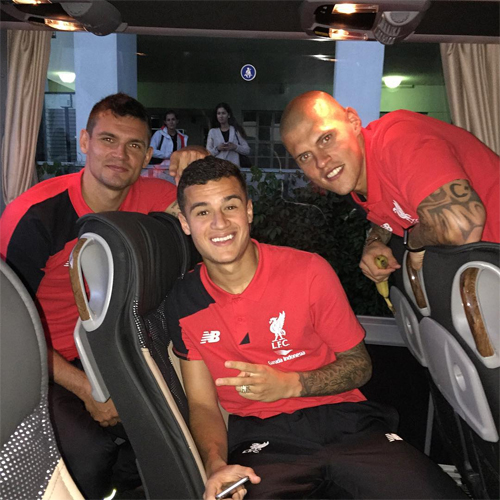 Dejan Lovren snapped a photo with Philippe Coutinho and Martin Skrtel on the Liverpool tour bus after a 2-0 victory over Helsinki FC in Finland on Saturday.

The Brazil international scored the Merseyside outfit’s second goal at the Olympic Stadium after summer signing Divock Origi had broken the deadlock in the second half.

Liverpool have finished their pre-season campaign unbeaten in five games ahead of their opening Premier League game against Stoke City at Britannia Stadium next weekend.

And Lovren, who is looking to move up the pecking order at Anfield after a disappointing first season, joined Coutinho and Skrtel for an Instagram snap following their win.

The Reds have beaten the Thai All-Stars, Brisbane Roar, Adelaide United and Helsinki FC in pre-season.