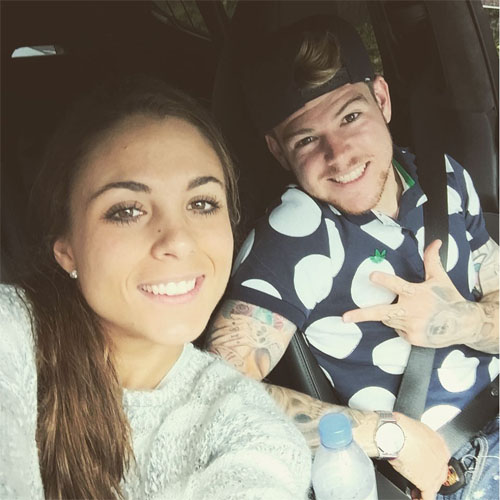 Alberto Moreno was relaxing with his girlfriend on Tuesday afternoon after he helped Liverpool see out a close-fought 1-0 win against Bournemouth on Monday night.

The Spain international has fallen down the pecking order at the start of the season following the arrival of Joe Gomez in a £5m deal from Charlton Athletic.

However, the former Sevilla defender was given a run out in the final 10 minutes as Brendan Rodgers looked to prevent a Bournemouth comeback at Anfield.

And Moreno was all smiles as he posted a selfie with his girlfriend Lilia Granadilla on Tuesday afternoon.

Moreno joined Liverpool from Sevilla last summer and notched up 28 Premier League appearances in his debut campaign at Anfield.

He scored two goals in the top flight as Brendan Rodgers’ men finished sixth in the table.

Liverpool return to Premier League action when they take on Arsenal at The Emirates next Monday night.