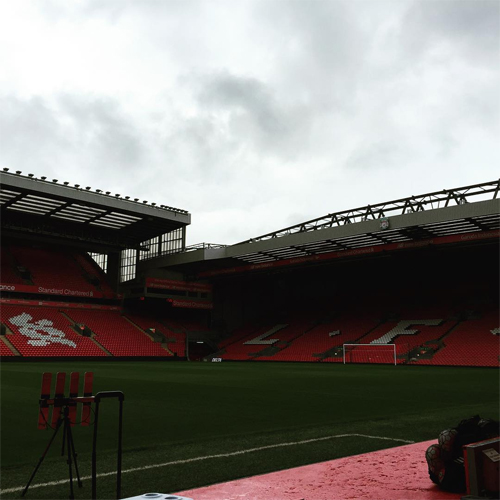 Alberto Moreno appears to be relishing the return of Premier League action at Anfield ahead of the visit of Bournemouth.

Liverpool aren’t in action until Monday night as Brendan Rodgers is afforded an additional couple of days to prepare his players for the Cherries clash.

The Reds made a winning start to their Premier League campaign thanks to Philippe Coutinho’s brilliant 86th-minute winner in a 1-0 victory at Stoke City last Sunday.

And Moreno will be hoping to usurp Joe Gomez and win back his left-back spot after the Spain defender was left on the bench for the trip to Britannia Stadium.

Eddie Howe’s Bournemouth side make the trip to Anfield following a 1-0 loss to Aston Villa in their first-ever Premier League game at Dean Court last weekend.