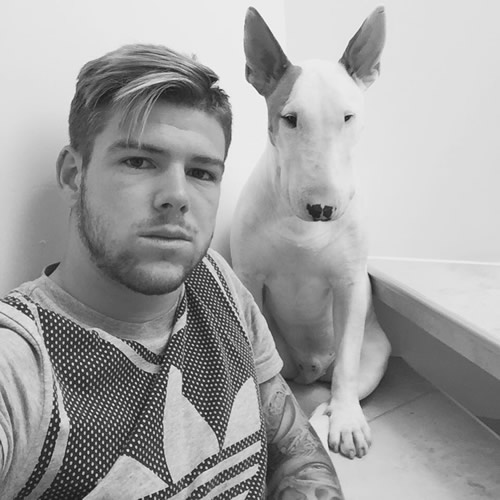 After warming the bench for Liverpool’s 1-0 win over Stoke City on Sunday, Alberto Moreno took some time to chill out with his pet dog this week.

The Spaniard was an unused substitute as Brendan Rodgers’ men kicked off their Premier League campaign with a victory at the Britannia Stadium thanks to Philippe Coutinho’s stunning late goal.

The 23-year-old defender lost his place in Rodgers’ starting line-up to Joe Gomez, however, the Spaniard looked to still be in good spirits on Tuesday.

Moreno posted the picture above on his personal Instagram account on Tuesday afternoon and wrote: “ALÍ 🐶 🔝😃👌⚽️”

Moreno joined Liverpool from Sevilla last summer and notched up 28 Premier League appearances in his debut campaign at Anfield.

He scored two goals in the top flight as Brendan Rodgers’ men finished sixth in the table.

Liverpool return to Premier League action when they take on Bournemouth at Anfield next Monday night.