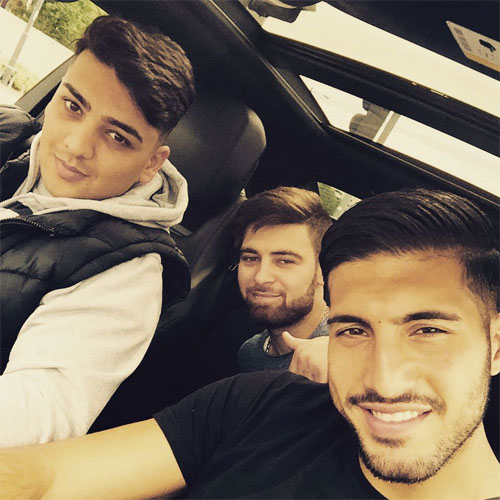 Emre Can was all smiles as the Liverpool midfielder relaxed with some pals after he helped the Reds secure their first win of the season at Anfield.

Liverpool eased to a 1-0 victory over newly-promoted Bournemouth at Anfield on Monday night after Christian Benteke scored his first goal for the club.

Can was introduced as a second-half substitute for Liverpool captain Jordan Henderson after the England international succumbed to a niggling foot injury.

And the Germany Under-21 international posted a snap with his friends on his Instagram page on Tuesday afternoon as the midfielder relaxed after a close-fought win.

The German scored one goal in 24 Premier League appearances for Liverpool after he moved to the Reds from Bundesliga outfit Bayer Leverkusen last summer.

The Liverpool midfielder could be in line to start against top-four rivals Arsenal at Emirates Stadium next Monday.