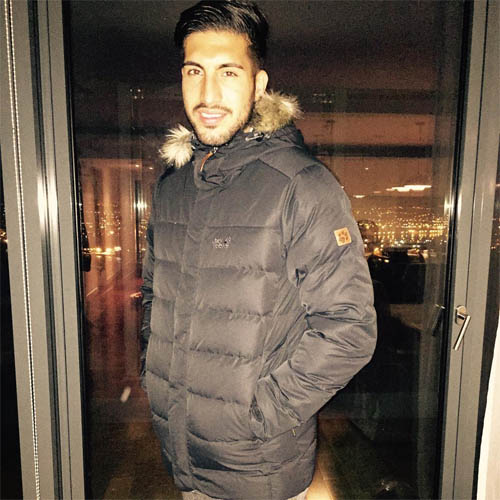 Emre Can is certainly ready for what is sure to be a wet and miserable Merseyside autumn after the Liverpool midfielder showed off his new rain jacket.

The Germany Under-21 international was handed his first start of the new season at The Emirates after Liverpool captain Jordan Henderson and Adam Lallana missed the stalemate with Arsenal due to injury.

Can could retain his place in the Liverpool side for the visit of West Ham United at Anfield on Saturday afternoon as the Reds look to secure 10 points from their opening four Premier League games.

But the Liverpool midfielder was more concerned with his new impressive Wolfskin jacket on Friday night as he took part in an impromptu modelling session.

Can wrote on his Instagram page: “Thank you #jackwolfskin for the stuff”

German international Can enjoyed a mixed debut season at Anfield, often being deployed in an unfamiliar position on the right of back three.

The 21-year-old moved to Liverpool from Bayer Leverkusen last summer.