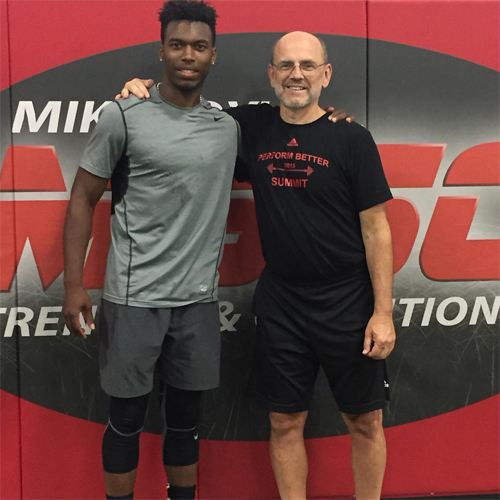 Daniel Sturridge has paid tribute to his fitness coach stateside ahead of the Liverpool striker’s return to England.

The 25-year-old has spent the summer in the United States after he underwent an operation on a troublesome hip injury at the end of last season.

Sturridge has regularly kept his social media followers updated on his rehabilitation with a series of clips from the gym and football pitch.

And the England striker posed for a snap with the man behind much of his rehab, Mike Boyle, which the forward posted on his Instagram page.

Sturridge wrote on the photo-sharing app: “Can’t thank this guy enough. Mike Boyle. The best coach in the U.S”

The injury-prone England international moved to Liverpool from Chelsea in a £12m deal in January 2013.

The 25-year-old has scored 35 times in 55 Premier League games over the past two-and-a-half seasons for the Merseyside outfit.