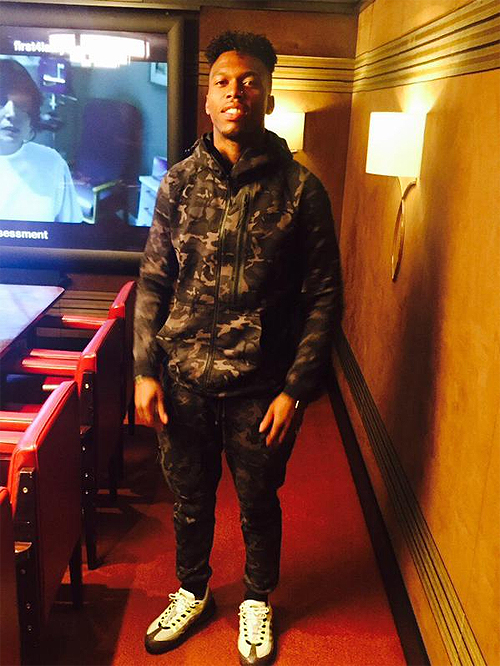 Daniel Sturridge was keeping close tabs on Super Sunday after the Liverpool striker returned from training in United States on Friday.

The Reds star has been working on his rehabilitation from a hip operation which the England international required at the end of last season.

Sturridge hasn’t made a Premier League appearance for Liverpool since a 4-1 defeat by Arsenal at Emirates Stadium in April.

And the 25-year-old striker, who moved to Liverpool from Chelsea in a £12m deal in 2013, took to Twitter to show off his outfit before sitting down to some Sunday football action.

Sturridge has scored 29 times in 52 top-flight games for the Reds since his £12m move to Liverpool from Stamford Bridge in 2013.

The Reds forward has a new strike partner this season after Brendan Rodgers signed Christian Benteke in a £32.5m deal from Aston Villa this summer.