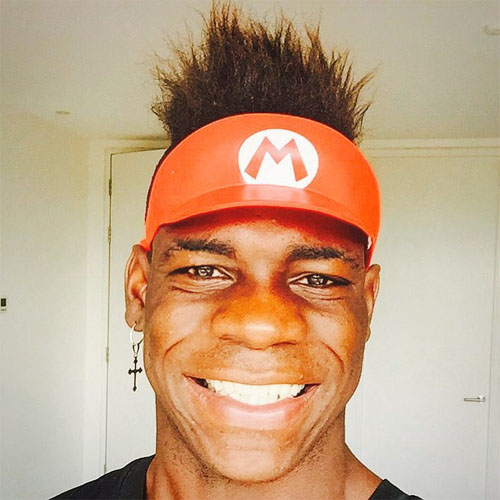 The Italy international watched the Reds ease to a 1-0 victory over newly-promoted Bournemouth from the stands at Anfield on Monday night.

Balotelli has fallen further down the pecking order this season after Liverpool signed Christian Benteke in a £32.5m deal from Aston Villa earlier this summer.

The former Manchester City striker has been linked with a return to Serie A amid reported interested from Bologna.

And the Liverpool flop Balotelli took to Instagram to post a photo with a ‘Super Mario’ headband in a notably upbeat mood.

Balotelli, who moved to Liverpool from Milan in a £16m deal last summer, managed to score just once in 24 top-flight appearances.

The Italian striker, who moved to Anfield from Milan in a £16m deal last summer, was part of City’s Premier League-winning title side in 2013.