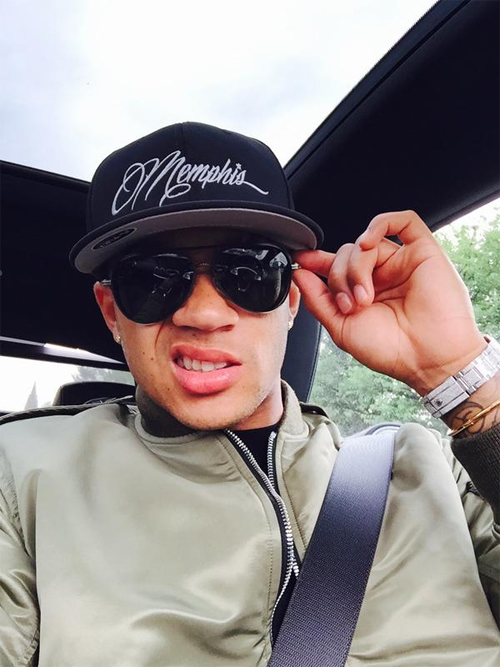 Memphis Depay was certainly chirpy as he presumably headed into training at Manchester United on Monday morning.

The Red Devils forward could make his Premier League debut next Saturday as Louis van Gaal’s side kick-off the new campaign with a game against Tottenham Hotspur at Old Trafford.

Depay was one of five summer signings for United after the Netherlands international completed a £25m move to the 20-time English champions from Eredivisie holders PSV Eindhoven in May.

And the United signing, who scored his first goal for his new club in a 3-1 win against San Jose Earthquakes during their summer tour of United States, posted the above selfie on Twitter.

The Dutch forward scored 22 goals and made eight assists in 27 Eredivisie appearances for PSV last season.