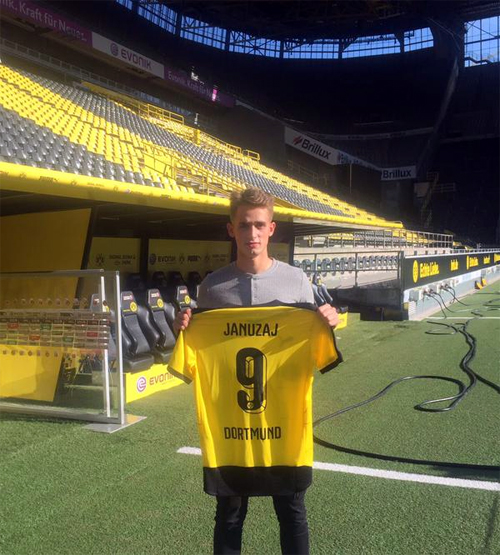 The Belgium international has agreed to join the Bundesliga side on a temporary deal despite having featured in the United side this season.

Januzaj made a rare start at Villa Park earlier this month and scored the winner for the Red Devils in a 1-0 victory over Aston Villa.

However, the highly-rated 20-year-old forward, who has been previously linked with a move to Paris Saint-Germain, has claimed the No9 shirt at Dortmund following his loan move.

Januzaj scored one goal in two Premier League games after racking up 127 minutes against Villa and Newcastle United.

According to BBC Sport, the Red Devils are on the brink of signing Monaco forward Anthony Martial in a £36m deal before the transfer deadline.