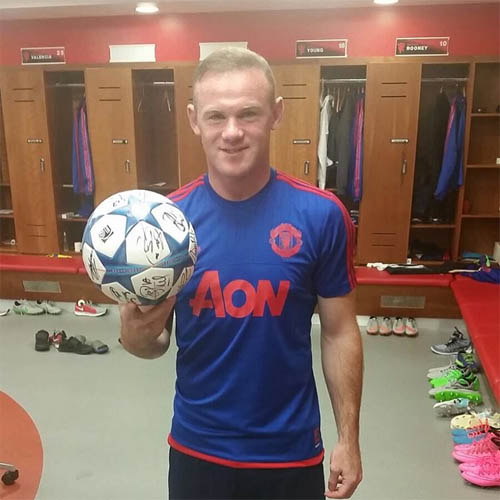 Wayne Rooney has promised his hat-trick ball to his eldest son Kai after the Manchester United captain scored a treble in a 4-0 victory over Club Brugge.

The Red Devils captain hadn’t score a goal in four games in all competitions ahead of their trip to Belgium but the striker took just 57 minutes to hand United a commanding 3-0 lead in Belgium last night.

Rooney, who scored his first United hat-trick on his Champions League debut against Fenerbahce in 2004, got his team-mates to jot their signatures on the ball ahead of gifting his son Kai with memento.

The Red Devils have collected a respectable seven points from their opening three Premier League games this term ahead of their trip to Liberty Stadium this weekend.