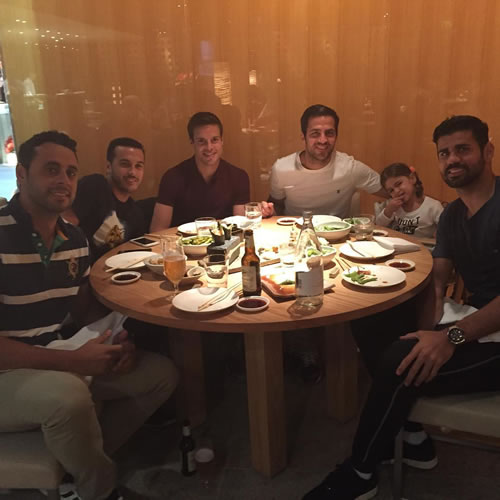 Pedro Rodriguez joined his new Chelsea team-mates for lunch on Tuesday as the Blues squad reflected on their first win of the Premier League season.

The Spain international joined the west London side in a £21.1m deal from Barcelona last week after having previously been linked with a switch to Manchester United.

Pedro scored on his Chelsea debut on Sunday afternoon after he broke the deadlock in a 3-2 victory over West Bromwich Albion at The Hawthorns.

And the 27-year-old joined Chelsea’s Spanish contingent Cesc Fabregas, Diego Costa and Cesar Azpilicueta for some grub on Tuesday afternoon.

Fabregas shared the picture above and wrote on Instagram: “Lunch with @diego.costa @cesarazpi @_pedro17_ @dureisilva #Lia 🍣🍨”

The Blues face Crystal Palace in their next Premier League game.