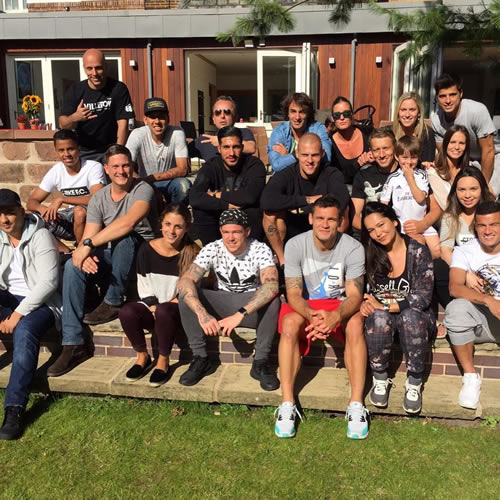 Lucas Leiva appears to be ignoring the speculation surrounding his Liverpool future, as he hosted his team-mates for a barbecue on Tuesday afternoon.

The Brazilian midfielder has been linked with a transfer away from Anfield in recent days, with media reports claiming that Brendan Rodgers deems him to be surplus to requirements at the club.

The Reds are not thought to have put Lucas on their transfer list, but the Merseyside outfit are reported to be ready to listen to offers for the 28-year-old.

However, the midfielder looked in good spirits as he hosted a Brazilian barbecue at his home this week, with the likes of new summer signing Roberto Firmino and Philippe Coutinho in attendance with their partners.

Liverpool defender Martin Skrtel posted the picture above on his personal Instagram account on Tuesday evening and wrote: “Spend a nice afternoon with the friends and enjoyed the brasilian bbq 👌

Liverpool kicked off their Premier League campaign with a 1-0 victory at Stoke City on Sunday afternoon.

Man United transfers: Pedro Rodriguez speaks out about his future