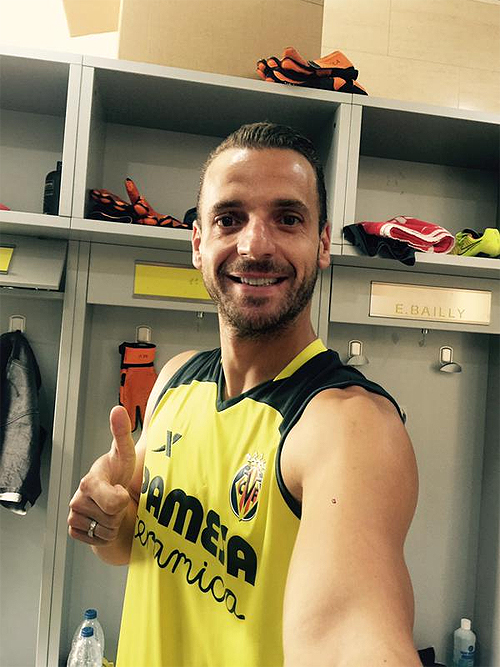 Roberto Soldado has thanked Tottenham Hotspur supporters for their unwavering support during his “difficult” two-year stay at White Hart Lane.

The Spain international has sealed a return to La Liga after the 30-year-old striker completed a move to Villarreal in an undisclosed deal on Friday.

And the Spurs striker took to Twitter to post the below message and photo on his page as well as pose in the Villarreal kit. 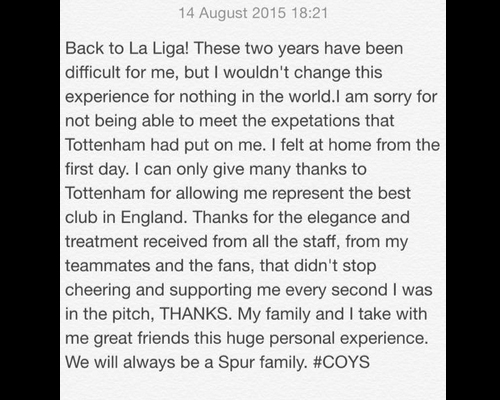 Soldado netted an underwhelming 16 times in 76 games in all competitions during his two-year stay in north London.

The Spanish striker, 30, scored his first goal for Spurs in a 1-0 victory over Crystal Palace at The Lane in August 2013.

Tottenham made a lost start to their Premier League campaign after a 1-0 defeat by Manchester United last weekend.