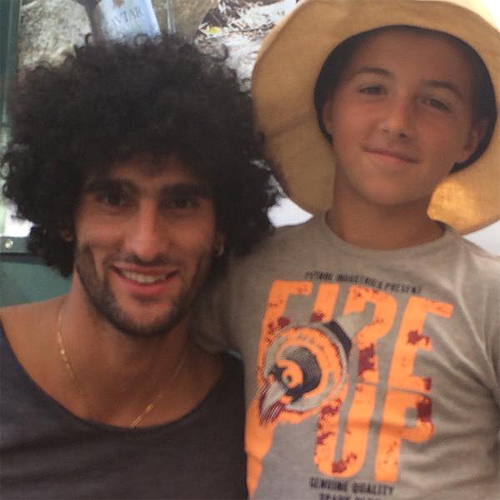 Marouane Fellaini was relaxing with his brother on Monday afternoon as the Manchester United midfielder counts down the games before his Red Devils comeback.

The Belgium international missed their 1-0 win against Tottenham Hotspur at Old Trafford on Saturday as he continues to serve his three-game ban.

Fellaini picked up the suspension after he saw a straight red for a horror tackle on Hull City defender Paul McShane on the final day of the season.

And the United star was all smiles as he posed with his younger brother for a snap which the midfielder posted on his Twitter account.

Family time with my bro😍😍😍 pic.twitter.com/UzH0heMtR2

The Belgium international has become an important part of the United team and racked up just under 2,000 minutes of first-team action in the Premier League last term.