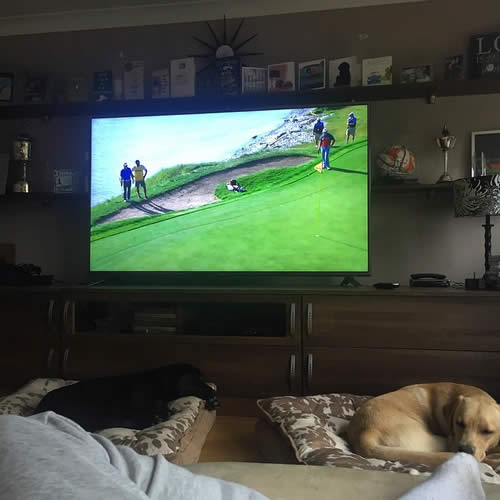 Harry Kane put his feet up and relaxed with his dogs on Friday afternoon ahead of Tottenham Hotspur’s first home game of the season against Stoke City.

Spurs are looking to record their first Premier League win of the season after their 1-0 loss to Manchester United at Old Trafford in their top-flight opener last weekend.

Mauricio Pochettino’s men will be keen to notch up their first victory as they look to kick-start their bid to finish in the top four and secure a route into next season’s Champions League.

And Kane was making sure that he was fully rested ahead of Saturday’s clash with the Potters in north London.

Kane shared the picture above on his personal Instagram account and wrote: “Chilled afternoon before tomorrow’s game!🐶⛳️”

England international Kane scored 29 goals in 41 appearances in all competitions for the League Cup runners-up last season after the striker forced his way into Pochettino’s first-team at White Hart Lane.