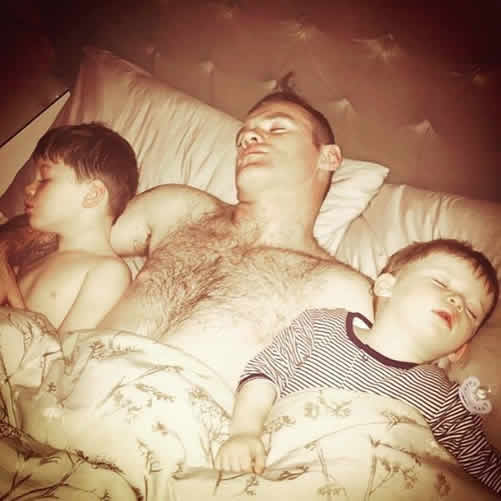 Wayne Rooney had a lie in on Thursday morning Photo: Coleen Rooney/Instagram

Wayne Rooney has clearly been making sure that he is well-rested ahead of Manchester United’s first away game of the season.

The Red Devils captain was snapped snoozing in bed with his two sons Kai and Klay by his wife Coleen as Louis van Gaal’s men gear up for their Premier League trip to Aston Villa on Friday night.

Coleen Rooney snapped the picture above on Thursday morning and posted it on her personal Instagram account, writing: “Couldn’t get these 3 out of bed! @waynerooney”

Rooney captained United as the Red Devils ran out 1-0 winners over Tottenham Hotspur at Old Trafford in their Premier League opener last weekend.

The Red Devils are looking to secure their first away win of the season ahead of their Champions League play-off clashes with Club Bruges.

United finished fourth in Van Gaal’s first season in charge at Old Trafford and will be keen to guide the Red Devils into the group stage of Europe’s elite club competition.