Diego Costa enjoyed some downtime in Ibiza on Sunday evening... 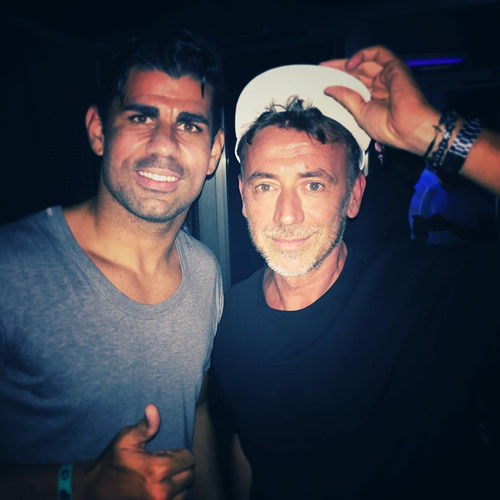 Diego Costa enjoyed some downtime in warmer climes this weekend after helping Chelsea secure a 2-2 draw with Swansea City in their Premier League opener on Saturday.

The Spain international played the full 90 minutes as Jose Mourinho’s men were forced to settle for a point in the first game of their title defence at Stamford Bridge.

And Costa was pictured enjoying himself in Ibiza as he relaxed ahead of Chelsea’s trip to Manchester City in the Premier League next weekend.

DJ Benny Benassi posted the picture above of himself with Costa on his Instagram account and wrote: “Just signed with #Chelsea for next season.#mourinho promised i ll be the New number 10 with #diegocosta. #ibiza #ushuaia #bennybenassi”

Costa also posed for a selfie with a group of fans ahead of Chelsea’s trip to Manchester City next weekend.

Costa, who scored 20 Premier League goals for the Blues last season, missed the latter stages of the 2014-15 campaign with a hamstring problem and Mourinho admitted that he does not know if the striker will be fit for this weekend’s clash.