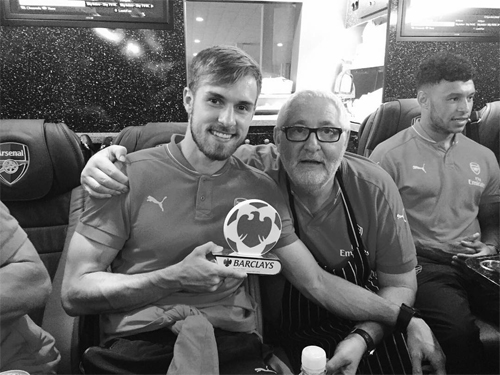 Aaron Ramsey was named Arsenal's man of the match on Saturday Photo: Instagram

Piers Morgan took to social media to criticise the decision to give Aaron Ramsey the man-of-the-match award after Arsenal’s 1-0 victory at 10-man Newcastle United on Saturday.

The celebrity Arsenal fan and club shareholder has never been one to shy away from making his views on the Gunners heard, and the former Daily Mirror editor took exception to Ramsey’s award after the game.

Alex Oxlade-Chamberlain’s deflected goal in the 52nd minute was all that separated the two teams after Newcastle were reduced to 10 men when Aleksandar Mitrovic was sent off early on for a dangerous challenge on Francis Coquelin.

But Morgan was shocked to see Ramsey handed the man-of-the-match prize after the final whistle, branding the Wales midfielder as the Gunners’ “worst player”.

Whatshisname was Man of the Match? Is that a joke? Our worst player. #afc

Morgan was also brutally honest in his assessment of Arsenal’s performance at St James’ Park as they notched up their second away victory of the new season.