Photo: Roger Federer all smiles in New York ahead of US Open 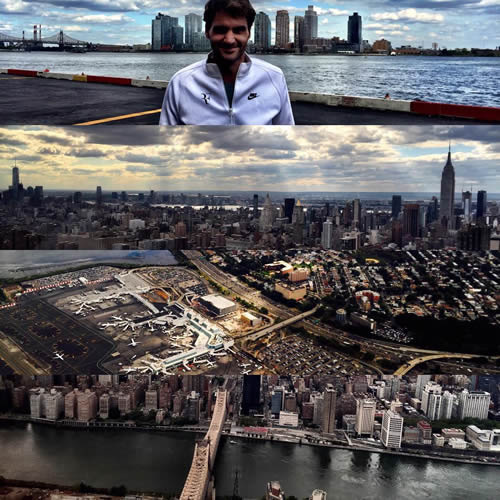 Roger Federer looked in good spirits as he gave the thumbs up while enjoying a helicopter ride around New York ahead of the US Open.

The Swiss maestro is aiming to win his sixth title at the Flushing Meadows tournament, which gets under way on Monday.

He also added the snap below on the photo-sharing app as he enjoyed his surroundings in The Big Apple.

Federer beat world No1 Novak Djokovic to win the Cincinnati Masters title last weekend after an impressive straight-sets victory over the Serb.

Speaking after last weekend’s win, Federer said: “Now I’ve got the confidence, I’ve got the matches, and I’m actually still feeling really fresh even after this week, because the matches have been rather short.”

US Open 2015 draw: Can anyone oust Djokovic, Federer and Murray in New York?