Roger Federer at 34 – and another year of memorable milestones 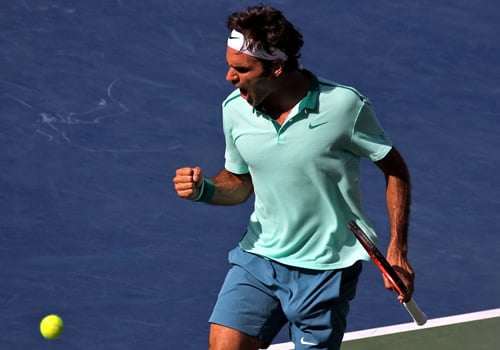 Around a year ago, at around midnight, Roger Federer had just survived one almighty scare to reach the quarter-finals of the tournament that bears his name, the Rogers Cup.

It was the last match of a day that had already seen its quota of upsets: Top seed Novak Djokovic beaten by Jo-Wilfried Tsonga, No3 seed Stan Wawrinka taken out by Kevin Anderson, and No4 seed Tomas Berdych defeated by Feliciano Lopez. And by the time Federer took to court against Marin Cilic, it was almost 9pm on the coldest night of the week, a chilly, breezy evening, and far from the No2 seed’s favourite playing conditions.

So by the time Federer came to press, with a 7-5, 6-7, 6-4 win to him name and the clock ticking into 8 August, it was Federer’s 33rd birthday—and he had already enjoyed some cake in the players’ lounge.

Canada’s biggest tennis event has invariably coincided with Federer’s birthday in a happy coming together of Rogers, but the way things panned out in Toronto in 2014, the Swiss would find his celebrations straddling two days—and almost into three. Renditions of ‘Happy Birthday’ punctuated the eighth, from practice to his arrival on court for what was expected to be a rather more straightforward match against David Ferrer.

Again, it would be the last match of the day, and again a late start after all three of the other quarter-finals stretched to three long sets: Andy Murray falling to Tsonga, Milos Raonic to Lopez and Anderson to Grigor Dimitrov. But 14 times Ferrer had played Federer, and 14 times he had lost.

However, just as the night before, Federer dropped the second set, and again would arrive in press at just after midnight with a three-set victory. Thirty-three he may be, but this was just the latest evidence that the man who had been No8 in the ranking just five months before was rapidly regaining some of his best form in years.

It prompted me to ask him, at the first of those post-midnight press conferences, which of the many achievements in his 33 years he had considered the most significant, and he finally plumped for his first Wimbledon title and reaching No1.

It prompted me, too, to slot those accomplishments among 33 of them—one to mark each birthday: Roger Federer at 33: It’s not about the records, it’s the emotions.

It makes for remarkable reading, and yet he pushed onward through 2014 to compile one of his best ever seasons—to such a degree that he would challenge for the No1 ranking right up to the climax of the ATP calendar, the World Tour Finals.

But with his last event of the year, he ticked one particularly significant box, the one big title missing from his resume: The Davis Cup.

The Cup was won against a dramatic backdrop, too. Just a week before, the physical stresses of piling up match-wins and titles in pursuit of that No1 ranking took their toll, and Federer was forced to pull out of the title match at London’s O2 with back problems. 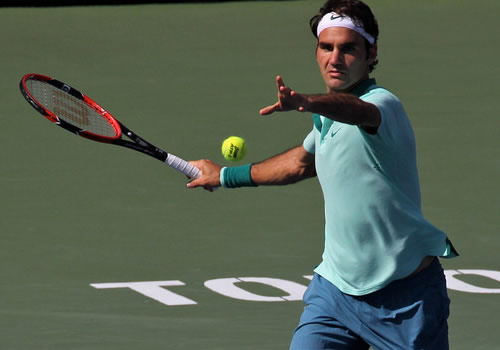 Could he realistically switch to France’s indoor clay, in front of the biggest Davis Cup crowd ever assembled, with no preparation?

Sure enough, Federer lost the first singles rubber to Gael Monfils, but gathered himself to win the doubles rubber with Wawrinka, and then surged past Richard Gasquet in blistering style—with no fewer than 62 winners—to seal the title for Switzerland for the first time in almost 80 years.

That, then, stood out as No34 in a run-down of Federer’s 34 years. He chose, this time around, to celebrate his birthday at home with his wife and children. Less cake, perhaps, but no less work as he prepares for the imminent defence of his Cincinnati title, his campaign at a 64th consecutive Grand Slam in New York, and two more title defences in the autumn, Shanghai and Basel.

For Federer’s winning ways had continued through the rest of 2014 and on into 2015 and his 34th birthday. He continued to push boundaries a little further, such that by the time his own records were revised and his new achievements added, his Davis Cup victory became one among… 34.

So here is Federer’s 2015 birthday list—and remember: 8 August in 2016 falls in Rio, during the heat of tennis’s battle for Olympic gold.

Bold items are upgraded records since 8/8/14