Can you bowl better than these Arsenal stars?

In the midst of this summer’s Ashes series, Arsenal welcomed Essex and IPL cricketers Ravi Bopara and Ryan ten Doeschate to their training ground earlier this month to host a unique bowling competition.

Englishmen Alex Oxlade-Chamberlain and Theo Walcott took tips from the pros, while the quartet attempted to pass their knowledge onto Colombian ‘keeper David Ospina and Brazilian centre-half Gabriel Paulista.

Unsurprisingly, the defensive duo failed to shine in their new skillset, with Gabriel’s arm refusing to stay straight, while Ospina’s deliveries ended up closer to the boundary than the stumps. 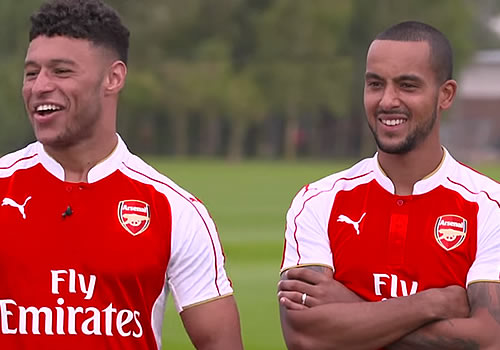 After splitting into teams of three with each trio firing six balls down the wicket, the scores finished level and it was left to Oxlade-Chamberlain and Walcott to compete a sudden-death playoff.

The Ox followed up his two wickets in regular competition with a third when it mattered to secure victory on behalf of team-mates ten Doeschate and Ospina.

Paul Merson: Why Chelsea will beat Crystal Palace on Saturday