More than 800 fans turned out to watch Roger Federer and Stan Wawrinka’s first practice session ahead of Switzerland’s Davis Cup tie with the Netherlands.

The Swiss duo were in action at Palexpo in Geneva as they gear up for the World Group play-off, which gets under way on 18 September. 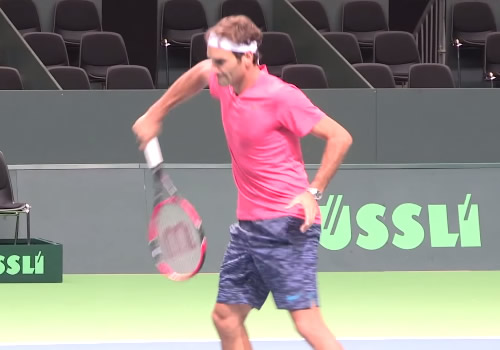 Federer and Wawrinka will be joined by Henri Laaksonen and Marco Chiudinelli for the Davis Cup tie against Holland.

The 34-year-old Federer was back on court after suffering a four-set defeat by Novak Djokovic in the US Open final in New York on Sunday.