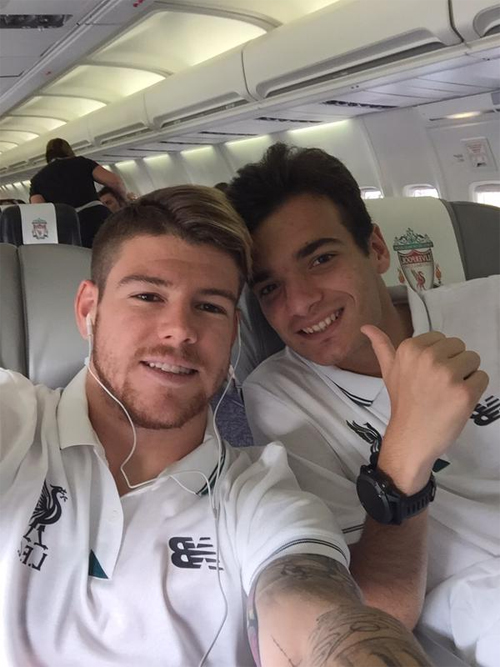 Alberto Moreno is keeping Liverpool academy star Pedro Chirivella under his wing as the Reds head to France for their Europa League opener.

Liverpool manager Brendan Rodgers has seemingly included the 18-year-old midfielder in his squad for their clash against Bordeaux on Thursday night.

Chirivella, who captained Liverpool’s youth side to Milk Cup glory in 2013, is yet to make an appearance for the Reds senior side despite his promise.

And Moreno, who moved to Liverpool from Sevilla last summer, uploaded a snap of the Spanish duo on his Instagram page on Wednesday afternoon.

Chirivella has named former Liverpool midfielder Xabi Alonso as one of his footballing inspirations.

The teenager moved to the Reds from Valencia in 2013, penning a long-term deal.