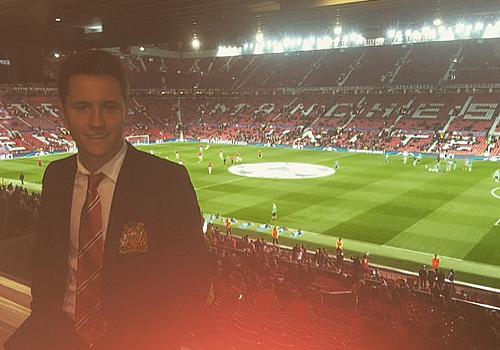 Ander Herrera looked in good spirits despite not being able to feature for Manchester United in their Champions League clash with Wolfsburg on Wednesday night.

The Spanish midfielder has been struggling with a minor injury and Louis van Gaal has opted not to risk playing him for their second group game in Europe’s elite club competition.

However, despite not being able to take to the pitch, the 26-year-old looked to be in a good mood as he snapped a picture of himself in the Old Trafford stands ahead of the game.

Herrera shared the picture above on his personal Instagram account on Wednesday evening and wrote: “Again the @ChampionsLeague at Old Trafford, today supporting the team off the pitch. Come on United!

Herrera has been limited to just four Premier League appearances for United so far this season and has only started two of those games.

He will be hoping to feature when they return to Premier League action with a crunch trip to Arsenal on Sunday afternoon.