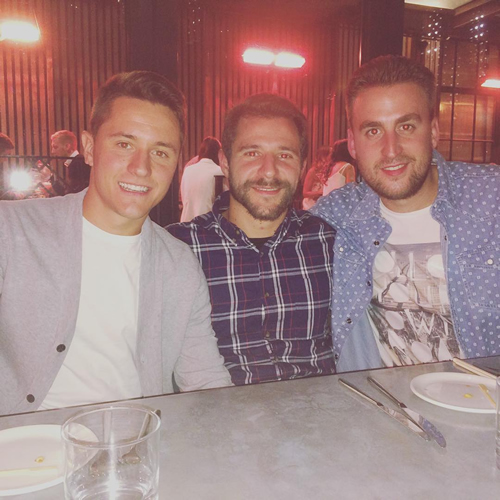 Ander Herrera looked in good spirits as he enjoyed a meal out with some of his friends after Manchester United’s 3-0 win over Sunderland at Old Trafford on Saturday.

The Spanish midfielder was an unused substitute as Louis van Gaal’s men moved to the top of the Premier League table and one point ahead of their local rivals Manchester City.

Summer signing Memphis Depay broke the deadlock at Old Trafford with his first goal in the English top flight just before half-time after good work from Juan Mata.

Manchester United captain Wayne Rooney then ended his Premier League goal drought with his first of the season after the break, before Mata added a third in stoppage time.

United travel to Arsenal in their next Premier League game next weekend, after their clash with Wolfsburg in the Champions League in midweek.