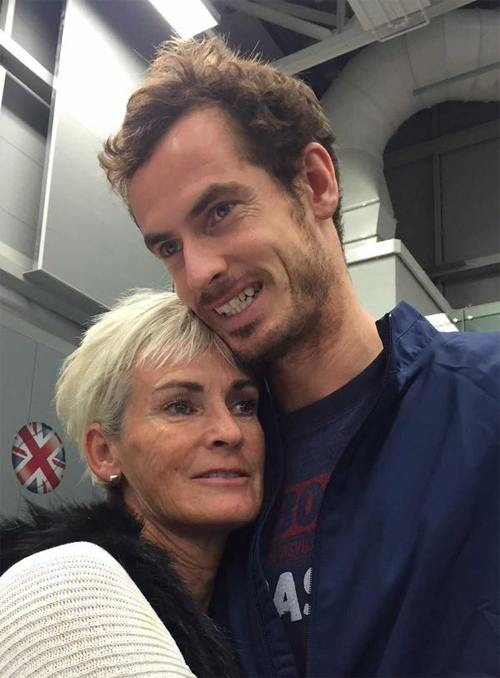 Andy Murray’s mother Judy used Twitter to display her pride after both her sons helped propel Great Britain to their first David Cup final since 1978 on Sunday.

She posted a photo of herself and Andy in a smiling embrace after the 28-year-old’s straight sets defeat of Bernard Tomic gave Britain an unassailable 3-1 lead over Australia.

Britain will play Belgium in the competition’s final during the 27-29th of November with the Belgians likely choosing a slow clay surface in an attempt to neutralise andy Murray’s strengths.