Photo: Anthony Martial all smiles with his wife after Man United debut 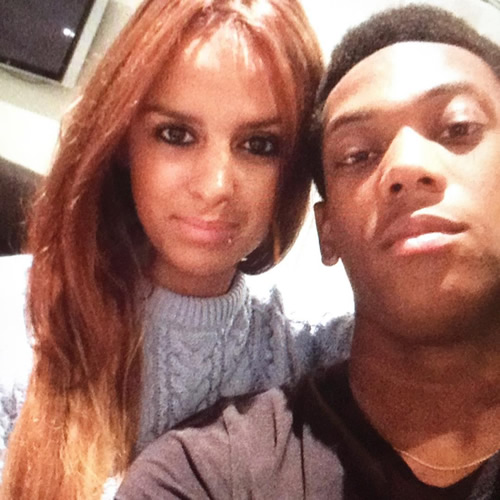 Anthony Martial was all smiles as he posed for a selfie with his wife 24 hours after his stunning Manchester United debut.

The 19-year-old announced himself to the Premier League in style as he coolly slotted home United’s third goal to wrap up a 3-1 win over Liverpool at Old Trafford.

Martial was a second-half substitute during the clash after his £36m transfer to Manchester United from Monaco on deadline day last week.

And the teenager enjoyed some well-earned downtime with his partner Samantha on Sunday evening.

Martial will be hoping to make his Champions League debut for Manchester United when Louis van Gaal’s men travel to PSV Eindhoven in their group-stage opener on Tuesday night.

The Red Devils then return to Premier League action with a trip to Southampton on Sunday afternoon as they look to make it back to back top flight wins.