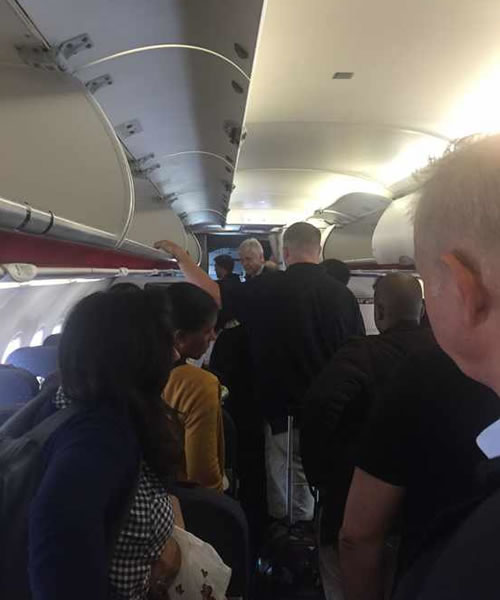 Arsene Wenger was apparently spotted on a plane to Paris Photo: Afcbase/Twitter

Arsene Wenger sent the transfer rumour mill into overdrive on Monday after the Arsenal manager was pictured on a plane to Paris ahead of deadline day.

The Gunners have been linked with a host of big-name players in recent days as the Frenchman looks to bolster his Arsenal squad ahead of Tuesday’s 18:00 BST transfer deadline.

Arsenal have been linked with a £45m bid for Paris Saint-Germain striker Edinson Cavani over the weekend, and the sight of Wenger on his way to the French capital inevitably sparked a flurry of excited responses from Gunners fans on social media.

Arsenal are also reported to be interested in signing Gonzalo Higuain from Napoli as Wenger looks to add to his attacking options at Emirates Stadium, according to the Daily Star.

The Gunners have been one of the least active Premier League clubs in the summer transfer window, with Wenger so far only recruiting Petr Cech from Chelsea to bolster his defence.

The north London side find themselves sixth in the Premier League table after four games, level on seven points with Liverpool and Manchester United.