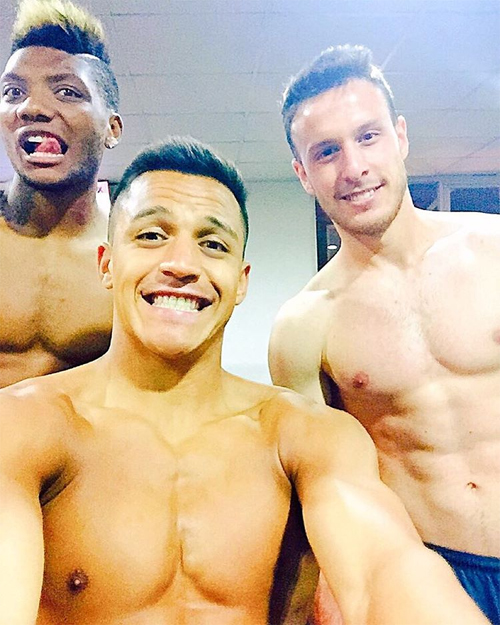 Alexis Sanchez is no stranger to a topless selfie or two.

The Arsenal forward is currently on international duty with Chile after a slow start to the season for the Gunners.

Sanchez helped his national team win the Copa America for the first time this summer after a penalty shootout victory over Argentina.

And the 26-year-old looked delighted to be back with his compatriots after the Arsenal talisman posted a selfie on his Instagram page.

The Chile forward enjoyed a successful first season in the Premier League after Sanchez scored 16 goals in 16 goals in 35 top-flight games.

Sanchez moved to Arsenal in a £35m deal from La Liga side Barcelona last summer after he opted to move to north London ahead of their top-four rivals Liverpool.

Arsenal are in sixth place in the Premier League table after two wins, a draw and a defeat.