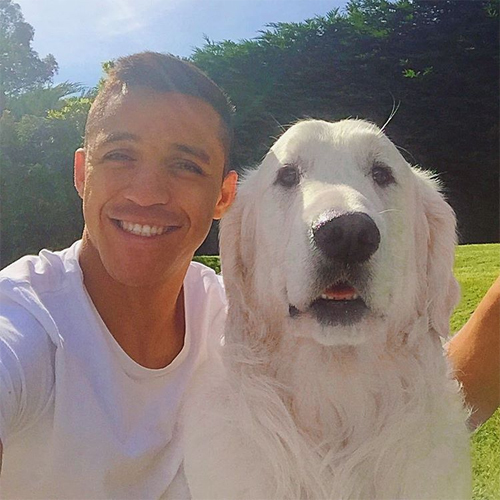 Alexis Sanchez may be without a goal this season, but the Arsenal striker was all smiles as he snapped a chirpy selfie ahead of Wednesday night’s north London derby.

The Chile international has failed to score in his five Premier League appearances, whilst he couldn’t help the Gunners avoid a 2-1 defeat by Dinamo Zagreb in their Champions League opener.

But Sanchez, who moved to Arsenal from Barcelona in a £35m deal last summer, was in a particularly bright mood on Wednesday morning ahead of the trip to White Hart Lane.

The Arsenal star was given an extended summer break by manager Arsene Wenger after the 26-year-old helped Chile win their first-ever Copa America on home soil in the summer.

The Gunners lost 2-0 to defending Premier League champions Chelsea at Stamford Bridge in the London derby on Saturday afternoon.